NTC Person of the Year Honorees

Awarded annually to an individual who has made an outstanding and noteworthy contribution to the theatre.

Audra McDonald. He also directed Smart People and The Underlying Chris for Second Stage.  Leon’s television work includes “Hairspray Live!”, and “The Wiz Live!” on NBC. He recently released his memoir Take You Wherever You Go. He is the recipient of the 2016 Mr. Abbott Award for Lifetime Achievement in Directing and the 2010 Award for Excellence in Directing from the Drama League. Mr. Leon serves on the board of New York's Public Theater and is Artistic Director Emeritus of Atlanta's Kenny Leon’s True Colors Theatre Company. He is currently serving as Senior Resident Director at Roundabout Theatre Company.
​
Prior to co-founding True Colors Theatre Company, he served 11 years as Artistic Director of The Alliance Theatre, where he produced the premieres of Disney's Elaborate Lives: The Legend of Aida, Pearl Cleage's Blues for an Alabama Sky and Alfred Uhry's The Last Night of Ballyhoo. Other directorial credits include Alicia Keys World Tour, Toni Morrison's opera Margaret Garner, the world premiere of Flashdance The Musical, and the complete August Wilson Century Cycle at the Kennedy Center.  Leon is a sought after motivational speaker that has done acting and theatre workshops at universities and corporate offices around the country, South Africa and Ireland.  He has directed in the UK, and extensively throughout the US, including Chicago's Goodman Theatre, Boston's Huntington Theatre, Baltimore's Center Stage, Los Angeles' Center Theatre Group and New York's Public Theatre.  Leon is a graduate of Clark Atlanta and is an honorary Ph.D. recipient of Clark Atlanta and Roosevelt Universities and has served as the Denzel Washington Chair at Fordham University.

Recent honors include the International Ibsen Award which, according to American Theatre Magazine: is "considered to be the Nobel Prize for Theatre." Gifted every two years, the award is "given to an individual or company that has brought new artistic dimensions to the world of drama or theatre...The award ceremony is usually presented as part of the Norwegian National Theatre’s biennial Ibsen Festival, which has been postponed and reimagined as a digital celebration. The ceremony will now kick off a special live-streamed event entitled Taylor Mac’s Holiday Sauce…Pandemic! on Dec. 12 at 8pm EST." 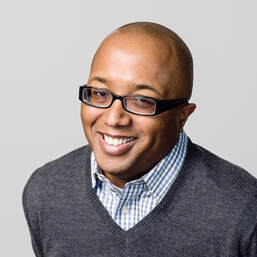 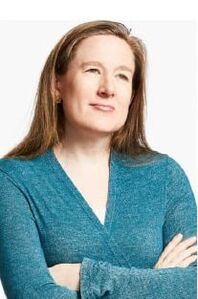 She is a two-time Pulitzer Prize finalist and a Tony Award nominee. Her plays have been produced on Broadway at the Lyceum by Lincoln Center Theater, off-Broadway at Playwrights Horizons, Second Stage, and at Lincoln Center’s Mitzi Newhouse Theater. Her plays have been produced regionally all over the country and have also been produced internationally, and translated into over twelve languages. Ms. Ruhl received her M.F.A. from Brown University where she studied with Paula Vogel. She has received the Steinberg Distinguished Playwright award, the Susan Smith Blackburn award, the Whiting award, the Lily Award, a PEN award for mid-career playwrights, and the MacArthur “genius” award. Her book of essays 100 Essays I Don’t Have Time to Write was published by Faber and Faber and was a Times Notable Book of the Year. She teaches at the Yale School of Drama and lives in Brooklyn with her family. 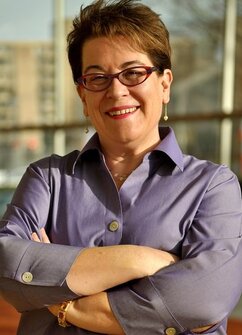 Molly Smith has served as Artistic Director of Arena Stage since 1998 and has directed more than 30 plays. She most recently directed Our Town at Canada's Shaw Festival. Her directorial work has also been seen at The Old Globe, Asolo Repertory, Berkeley Repertory, Trinity Repertory, Toronto's Tarragon Theatre, Montreal's Centaur Theatre, and Perseverance Theater in Juneau, Alaska, which she founded and ran from 1979-1998. Molly has been a leader in new play development for over 30 years. She is a great believer in first, second and third productions of new work and has championed projects including How I Learned to Drive; Passion Play, a cycle; Next to Normal; and Dear Evan Hansen. She has worked alongside playwrights Sarah Ruhl, Paula Vogel, Wendy Wasserstein, Lawrence Wright, Karen Zacarías, John Murrell, Eric Coble, Charles Randolph-Wright and many others. She led the re-invention of Arena Stage, focusing on the architecture and creation of the Mead Center for American Theater and positioning Arena Stage as a national center for American artists. During her time with the company, Arena Stage has workshopped more than 100 productions, produced 39 world premieres, staged numerous second and third productions and been an important part of nurturing nine projects that went on to have a life on Broadway. In 2014, Molly made her Broadway debut directing The Velocity of Autumn, following its critically acclaimed run at Arena Stage. She was awarded honorary doctorates from American University and Towson University. 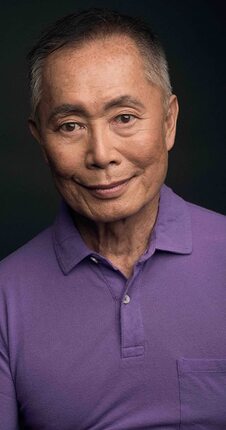 ​George Takei is an American actor, director, author, and activist. In an acting career spanning six decades, which includes more than 40 feature films and hundreds of TV guest starring roles, Mr. Takei is best known for his portrayal of Mr. Sulu in the TV series Star Trek and six Star Trek feature films. Mr. Takei and his family were among 120,000 Japanese-Americans incarcerated in U.S. internment camps during WW II, which inspired the musical Allegiance, which premiered at San Diego’s Old Globe Theatre and then on Broadway starring Takei in his Broadway debut. Among current projects, he is set to play the role of Reciter in the revival of Stephen Sondheim’s and John Weidman’s Pacific Overtures directed by John Doyle and opening Off Broadway at the Classic Stage Company in April 2017.

Mr. Takei’s autobiography, “To the Stars,” was published in 1994, and in 2012 and 2013 respectively, he published his second and third books, “Oh Myyy! There Goes The Internet,” and its sequel, “Lions And Tigers and Bears: The Internet Strikes Back,” both about his forays on social media and the Internet. Both books made the Amazon e-book and paperback bestseller lists in 2012 and 2013. To Be Takei, a Jennifer M. Kroot documentary on the life and career of Takei, premiered at Sundance Film Festival in January 2014. He is a member of the Academy of Motion Picture Arts and Sciences, Academy of Television Arts & Sciences, Actors’ Equity Association, and SAG-AFTRA. A community activist, Mr. Takei serves as Chair of the Council of Governors of East West Players, the nation’s foremost Asian Pacific American theatre. He is also a member of the Human Rights Campaign, the largest national lesbian, gay, bisexual, and transgender political organization. He is Chairman Emeritus of the Japanese American National Museum’s Board of Trustees; a member of the US-Japan Bridging Foundation’s Board of Directors; and served on the Board of the Japan-United States Friendship Commission under President Clinton. In recognition of his contribution to the Japan-United States relationship, Mr. Takei was conferred with the Order of the Rising Sun, Gold Rays with Rosette, by His Majesty the Emperor of Japan in 2004. 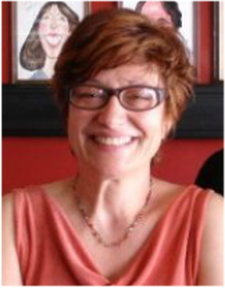 Broadway designs include: All The Way, Annie, Driving Miss Daisy, Grey Gardens, They're Playing Our Song, The Elephant Man, My One and Only, The Heidi Chronicles, The Will Rogers Follies, Having Our Say, Company, Racing Demon, Ragtime, John Leguizamo's Freak, The Capeman, Putting it Together, and The Who's Tommy. Off Broadway work includes: Angels in America, Hapgood, A Christmas Carol at the Paramount; Merrily We Roll Along (four times!), and the ill-fated Whistle Down the Wind. Opera design: Werther at the Met, Julie Taymor's The Magic Flute in Florence, Italy; A View from the Bridge at Chicago Lyric and the Met, Die Gezeichneten and Lucia Di Lammermoore at LA Opera, The Photographer at BAM, Transatlantic, Grapes of Wrath, Rusalka for Minnesota Opera.  For ballet: Pictures at an Exhibition, Opera, Cinderella; The Firebird, and Anna Karenina for Alexei Ratmansky; Othello for ABT, Ballet Mechanique for Doug Varone. Concert work includes The Talking Heads' "Stop Making Sense" and Pete Townshend's "Psychoderelict" as well as tours for Chris Rock and Simon and Garfunkel. As design director of Esquire magazine, Ms. Harrington was responsible for the re-design and re-launch of the "Men’s Magazine of the 90’s." Later, as editor-at-large for Esquire, she conceived and edited Randy Shilts' "My Life on the AIDS Tour," nominated for a National Magazine Award and published in Best American Essays of 1990.

Ms. Harrington is the recipient of the Drama Desk Award, the Outer Critics Circle Award, the American Theatre Wing Award, the TCI Award for Technical Achievement, The Michael Merritt Award for Excellence in Design and Collaboration, the Obie Award for Sustained Excellence of Projections, USITT Education Award, and named 2015 Players Club Person of the Year. 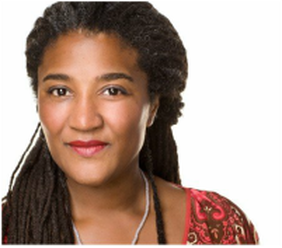 Lynn Nottage is a Pulitzer Prize winning playwright and a screenwriter.  Her plays have been produced widely in the United States and throughout the world. They include the upcoming Sweat at Oregon Shakespeare Festival, By The Way, Meet Vera Stark (Lily Award, Drama Desk Nomination), Ruined (Pulitzer Prize, OBIE, Lucille Lortel, New York Drama Critics’ Circle, Audelco, Drama Desk, and Outer Critics Circle Award), Intimate Apparel (American Theatre Critics and New York Drama Critics’ Circle Awards for Best Play), Fabulation, or The Re-Education of Undine (OBIE Award), Crumbs from the Table of Joy,  Las Meninas, Mud, River, Stone, Por’knockers  and POOF!. She is currently developing a new play and multimedia performance installation based on two years of research and interviews conducted in Reading, PA. (w/ Oregon Shakespeare, Arena Stage & Labyrinth Theatre Company). In addition, she is working with composer Ricky Ian Gordon on adapting her play Intimate Apparel into an opera (commissioned by The Met/LCT).

She is the co-founder of the production company, Market Road Films, whose most recent projects include The Notorious Mr. Bout directed by Tony Gerber and Maxim Pozdorovkin (Premiere/Sundance 2014), First to Fall directed by Rachel Beth Anderson (Premiere/ IDFA, 2013) and Remote Control (Premiere/Busan 2013- New Currents Award) Over the years, she has developed original projects for HBO, Sidney Kimmel Entertainment, Showtime, This is That and Harpo.

Nottage is the recipient of a MacArthur "Genius Grant" Fellowship, Steinberg "Mimi" Distinguished Playwright Award, the Dramatists Guild Hull-Warriner Award, the inaugural Horton Foote Prize, Lilly Award, Helen Hayes Award, the Lee Reynolds Award, and the Jewish World Watch iWitness Award. Her other honors include the National Black Theatre Fest's August Wilson Playwriting Award, a Guggenheim Grant, PEN/Laura Pels Award, Lucille Lortel Fellowship and Visiting Research Fellowship at Princeton University. She is a graduate of Brown University and the Yale School of Drama, where she has been a faculty member since 2001.  She is also an Associate Professor in the Theatre Department at Columbia School of the Arts.

Nottage is a board member for Theatre Communications Group, BRIC Arts Media Bklyn, Donor Direct Action, Second Stage, The New Black Fest, and the Dramatists Guild.  She recently completed a three-year term as an Artist Trustee on the Board of the Sundance Institute.